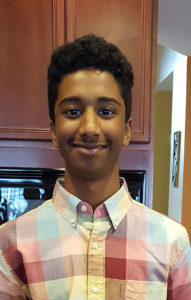 Anshul was born on August 8, 2000, oldest of two children. Anshul in Sanskrit means “Radiant.” And radiant he was, in every aspect of his life. He was a very happy, funny, loving, caring, kind soul, who was always helpful and had a soft corner for anyone that was struggling or suffering. It was his idea for us to gift a goat through Heifer International, and gift milk for children through UNICEF. Anshul was a healthy and happy kid and had plans for a bright future, but unfortunately, he was taken away too soon from us, tragically on August 13, 2016 (five days after he turned 16). He has a younger brother, Sudhish, whom he loved and cared for deeply. They each had a special bond and relationship. Anshul grew into a very caring young man with a very generous heart.

Anshul was a very smart kid, who had a keen interest for cars when he was just a toddler. He could name any car from a distance with the model, even at night, even before he could talk in complete sentences. He was an avid reader and an excellent writer, even as a 2nd grader. He was known as a “fact machine” in his elementary school, due to the amount of information he contained.  He competed several years in robotics competition, and then helped coach his younger brother’s team several years. He had a great sense of humor and was always sharing jokes and making everyone laugh. Anshul, we are all very proud of the young man you became.

Anshul was passionate about computers from a very young age. He would take apart phones, computers and other electronics and rebuild them. He built his first custom computer for his 14th birthday. He would carry his tool kit with him everywhere and was always willing to fix computers or other devices. He would do this during his lunch time and would skip his lunch at school. He was the go-to person at school – including his high school principal – as he had resolved issues for the school computer systems. He was inducted into “Math Honor society” in his 10th grade.

Anshul described himself as “developer, computer aficionado, future Cybersecurity engineer, android enthusiast, and an athlete.” Anshul started coding when he was in the 5th grade, and with diligent study and practice, eventually started participating in hackathons and coding competitions across Virginia and up and down the East Coast. Anshul, with a few of his best friends, started a company called AP Custom Computers that designed and built powerful computers from scratch (the tagline for the business was “YOUR Computer, the way YOU want it!”). One of their projects was a Google Hangouts Bot to provide google hangouts users with the best possible experience. To keep his love for business alive, his parents are conducting their family business as Anshultech.

Anshul was also very passionate about Tae Kwon Do and earned a First-Degree Black belt. He was also an Assistant Instructor who would train junior kids at Union Tae Kwon Do. He learned discipline, humility, sense of responsibility and service in those years and considered Tae Kwon Do school as his second home. Anshul was loved and respected by each and every one that met him. In fact, Virginia General Assembly passed a resolution last year to Celebrate Anshul’s Life – HOUSE JOINT RESOLUTION NO. 785: Celebrating the life of Anshul Chimaladinne.

Anshul was also a student of Bala Vihar at Chinmaya Mission (CMWRC) and JCHYK, a Hindu spiritual organization whose teachings are based on Vedanta, for about 10 years and volunteered as a youth volunteer during the summer camps, and occasionally at the homeless shelters. In addition to the spiritual growth, he learned about selfless dedicated service towards the community. He was a very giving person, who in 8th grade, completed 289 hours of volunteer service, which included many hours that he spent with senior citizens at a Rehab Facility.

As he grew older, Anshul developed a keen interest in Cybersecurity, encryption, data protection and understanding the threat landscape. In 2016, he attended the Virginia Governor’s School Summer Residential Program for Math, Science, and Technology. He chose Cybersecurity as his program specialization which allowed him to understand our threat vectors and explore the hacker’s playground (e.g., hacking tools and techniques, security infrastructure, Tor and the darknet, etc.) and he was an outstanding student in that class. He was also keen on developing advanced Cyber Defensive and Offensive services for the world. These experiences made it clear to Anshul that he should pursue a Bachelor’s Degree in Cybersecurity.

To keep Anshul’s ambition alive, his parents have initiated scholarships in his name at Freedom High School for graduating Seniors who intend to study Computer Engineering with a concentration in Cybersecurity (https://www.lcps.org/Page/14727) and at George Mason University for Undergraduate Students pursuing Cybersecurity degree (https://gmu.academicworks.com/opportunities/1412).

Additionally, in the spirit of Anshul’s kindness and compassion, The Anshul Chimaladinne Memorial Fund will also provide financial assistance to families in need or any other social cause. The Chimaladinne family sincerely appreciate your tax-deductible donation to the fund to help keep Anshul’s memory alive and have a positive impact on the community in the process. 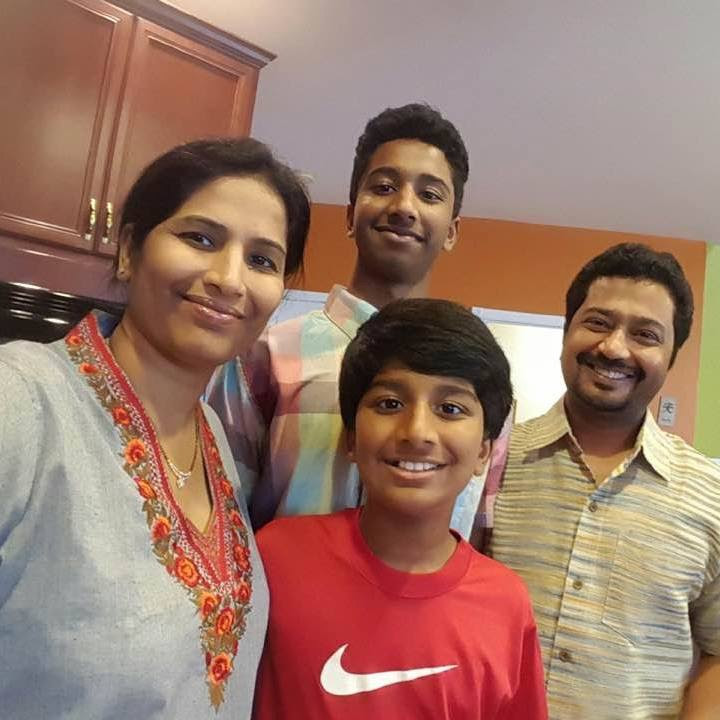